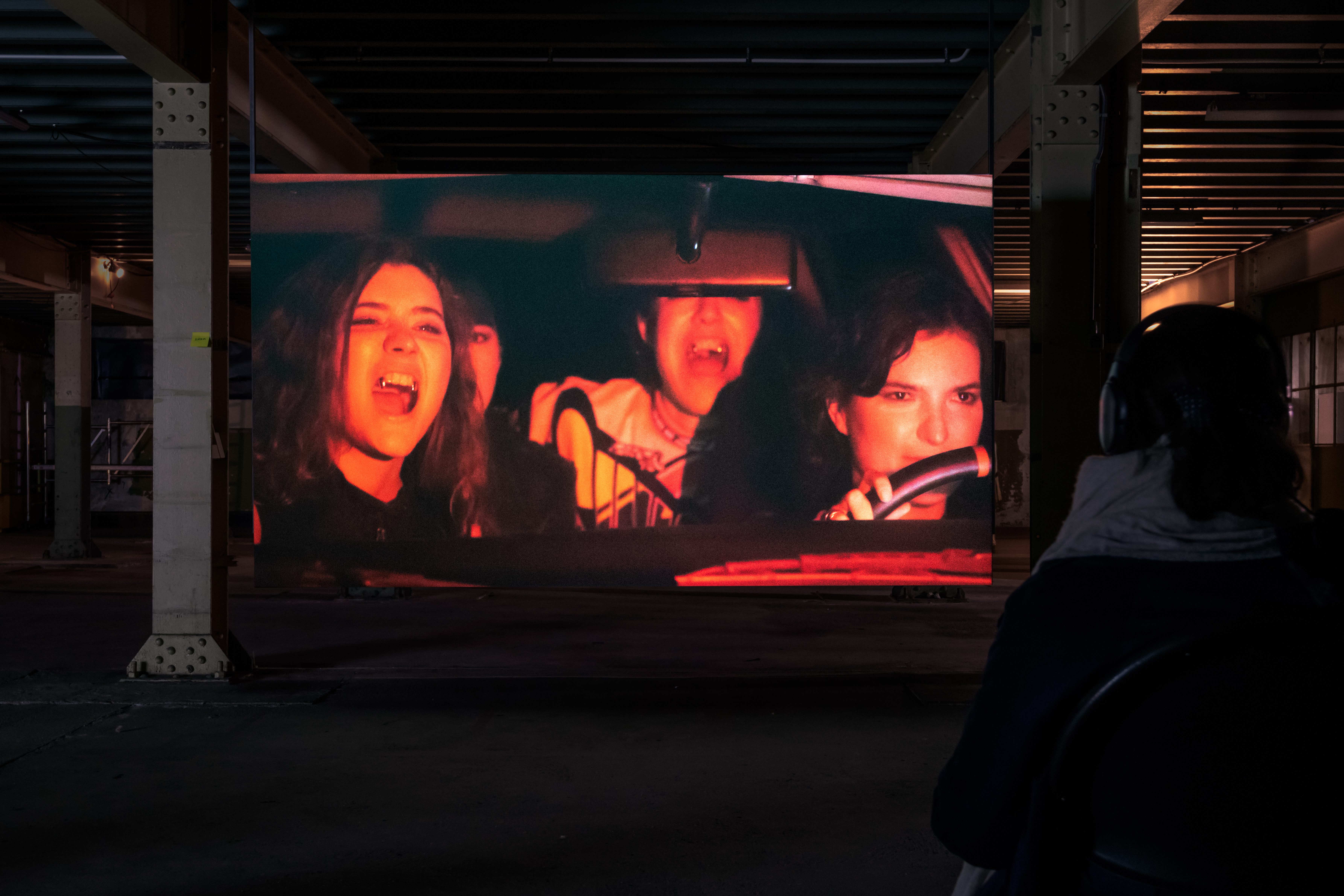 Megabeat is sounding, a mythical group from the early 90s; A car circulates at night, at full speed, along the CV-500, the road that connects Valencia with Sueca, and that between 1977 and 1993 witnessed the appearance of a legendary movement that would mark an entire generation, La Ruta del Bacalao. A dreamlike landscape that can no longer be, whose ruins we dive throughout the night looking for connections of lost, buried images. How to capture something that is no longer there? How to inhabit these ruins if not as vampires in a suspended time?